Muhammad Fadli is a photographer, photo editor, and producer based in Jakarta, Indonesia. After working briefly for an Indonesian news magazine, he continued his career as a freelancer, focusing on documentary and portrait photography. Apart from personal projects, he splits his time between editorial assignments, commercial works, and picture editing. Fadli’s work has been exhibited in various photo festivals and published in international publications such as National Geographic, Wall Street Journal, Le Monde, and Der Spiegel. He is one of the recipients of The Ground Truth Project Climate Change Fellowship in 2016 and was awarded a prize by the Istanbul Photo Awards 2018. Currently, he working on The Banda Journal, a collaborative project about the fabled Banda Islands. More details here : The Banda Journal 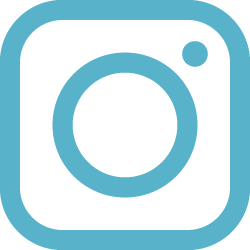 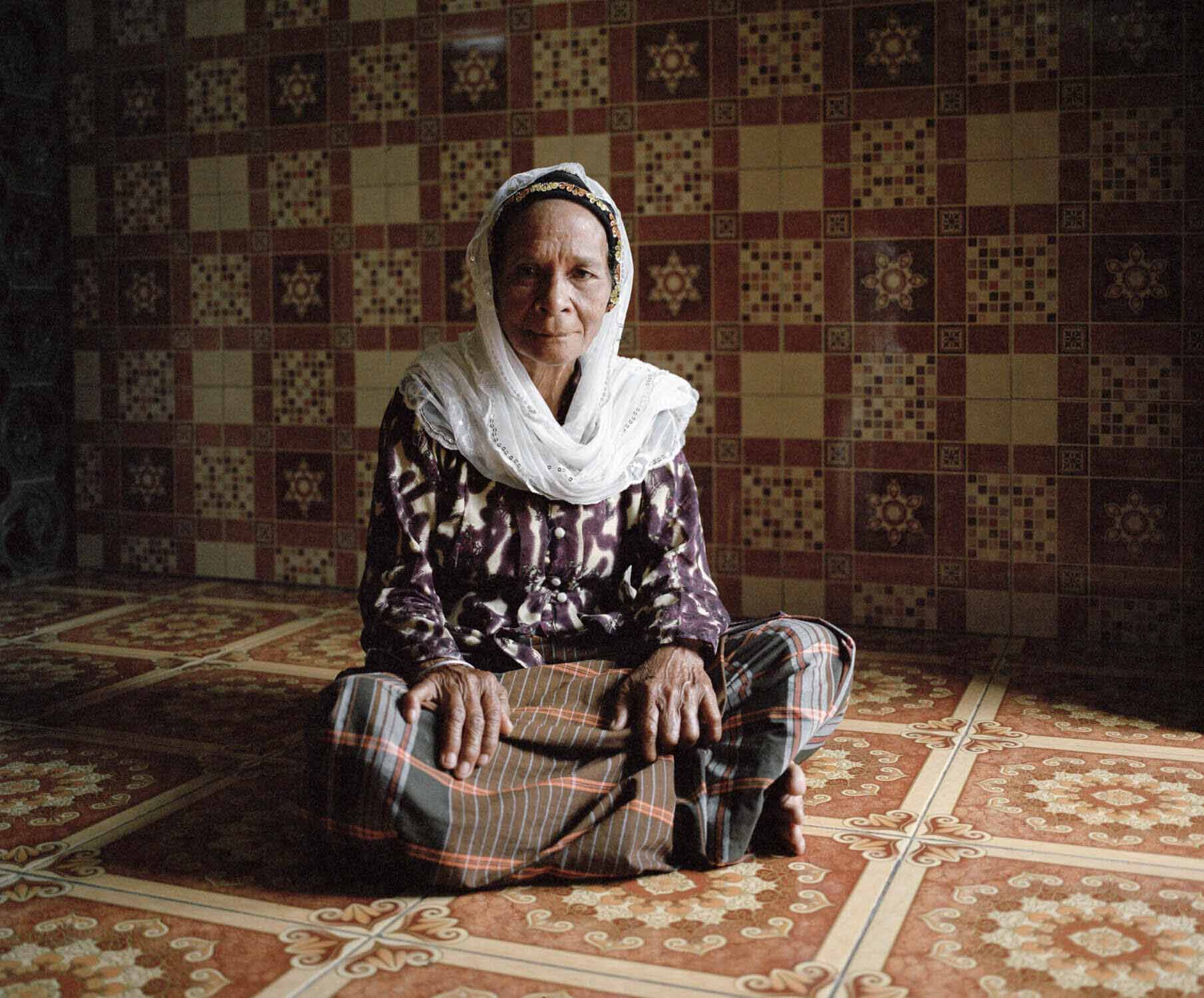 Salamah Salamun is a resident of Banda Eli, a small village at the east part of Kei Besar Island where the descendants of the original Bandanese still lives until these days. 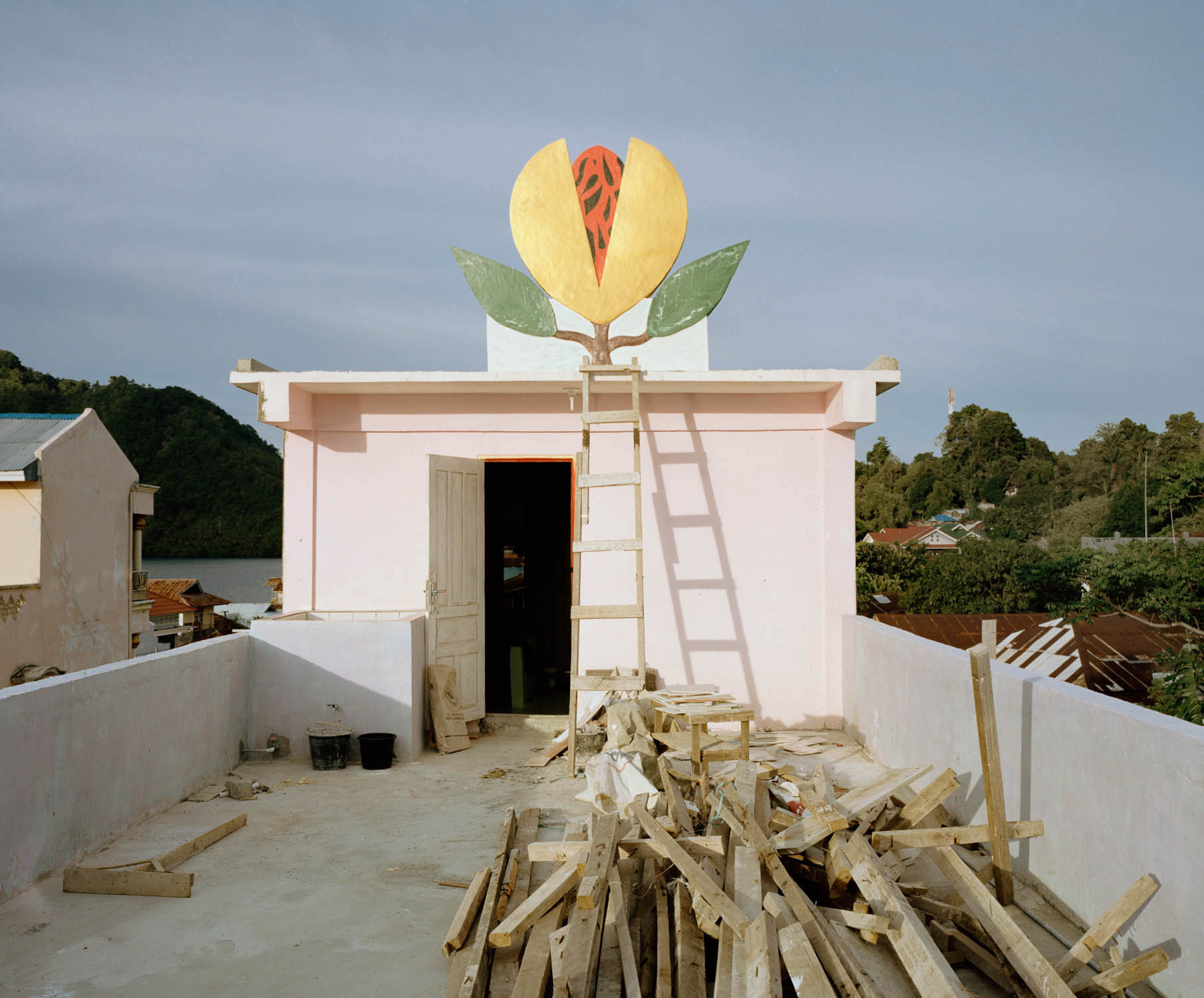 Statue of nutmeg (myristica fragrans) at the top of a nutmeg warehouse in Banda Naira. 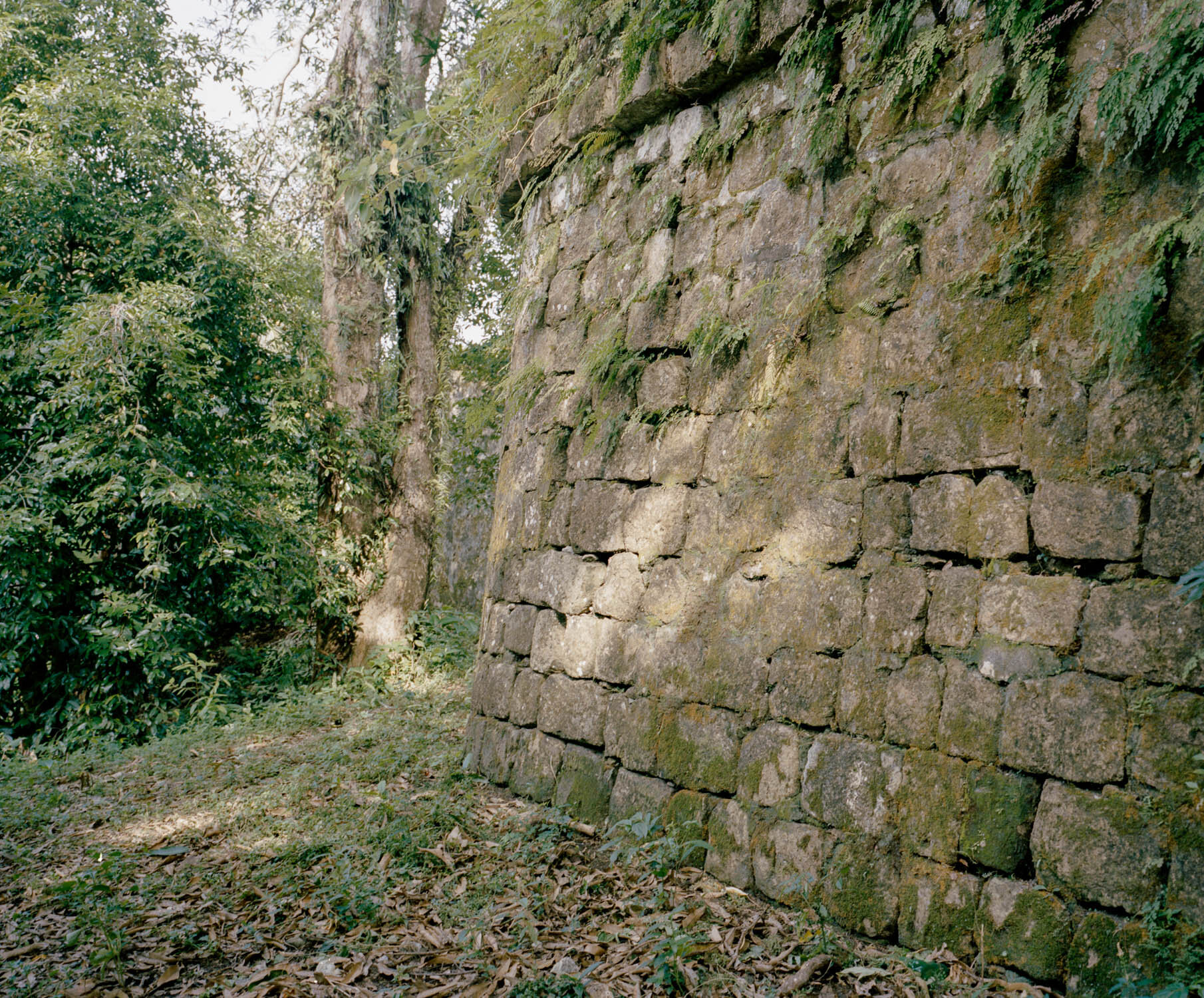 The rampart of Fort Nassau in Banda Naira before recently being restored. This fort was the first fortification built by the Dutch in Banda Islands in order to protect the nutmeg trade. 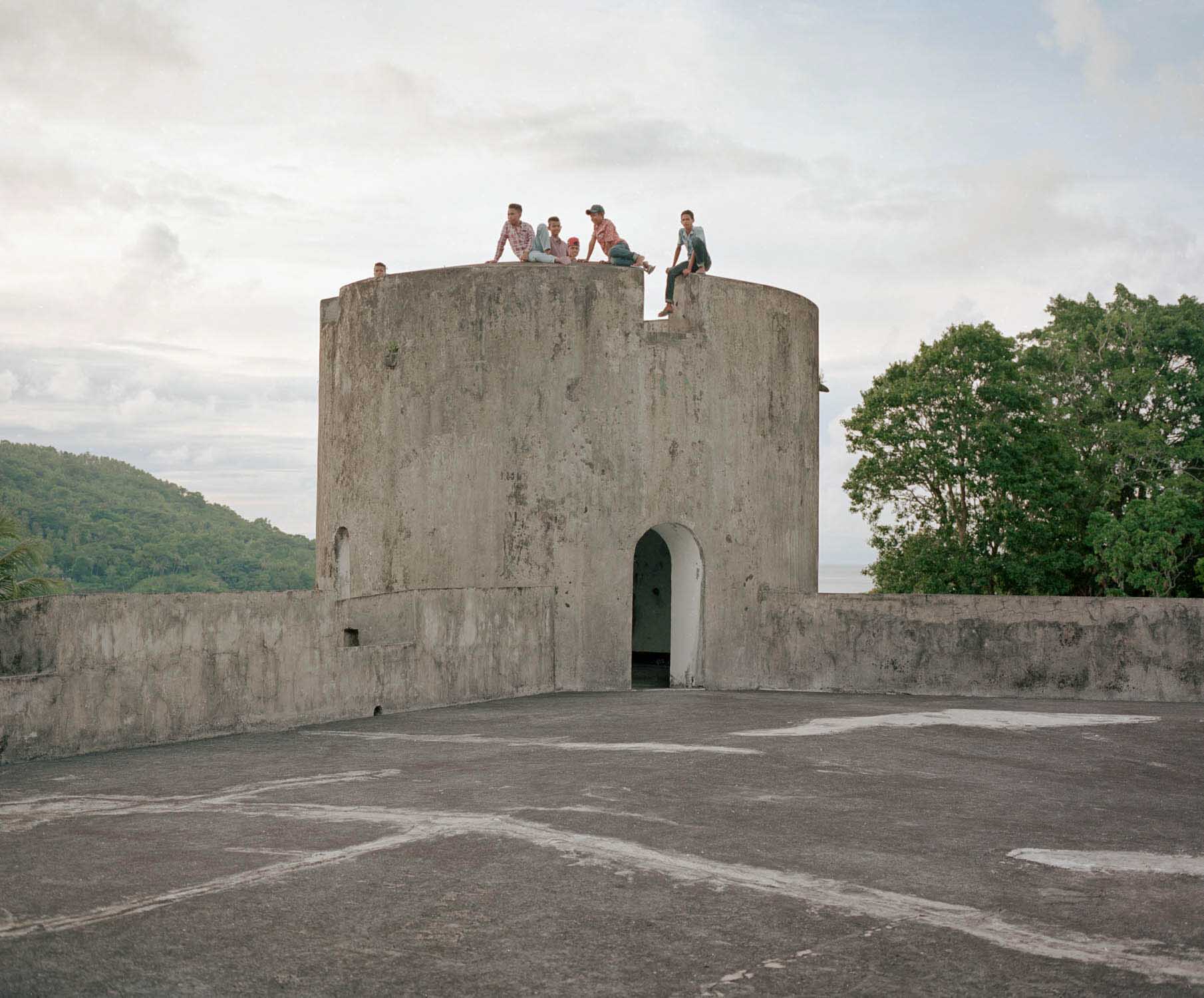 Teenagers spend an afternoon atop a watchtower of Fort Belgica in Banda Naira. 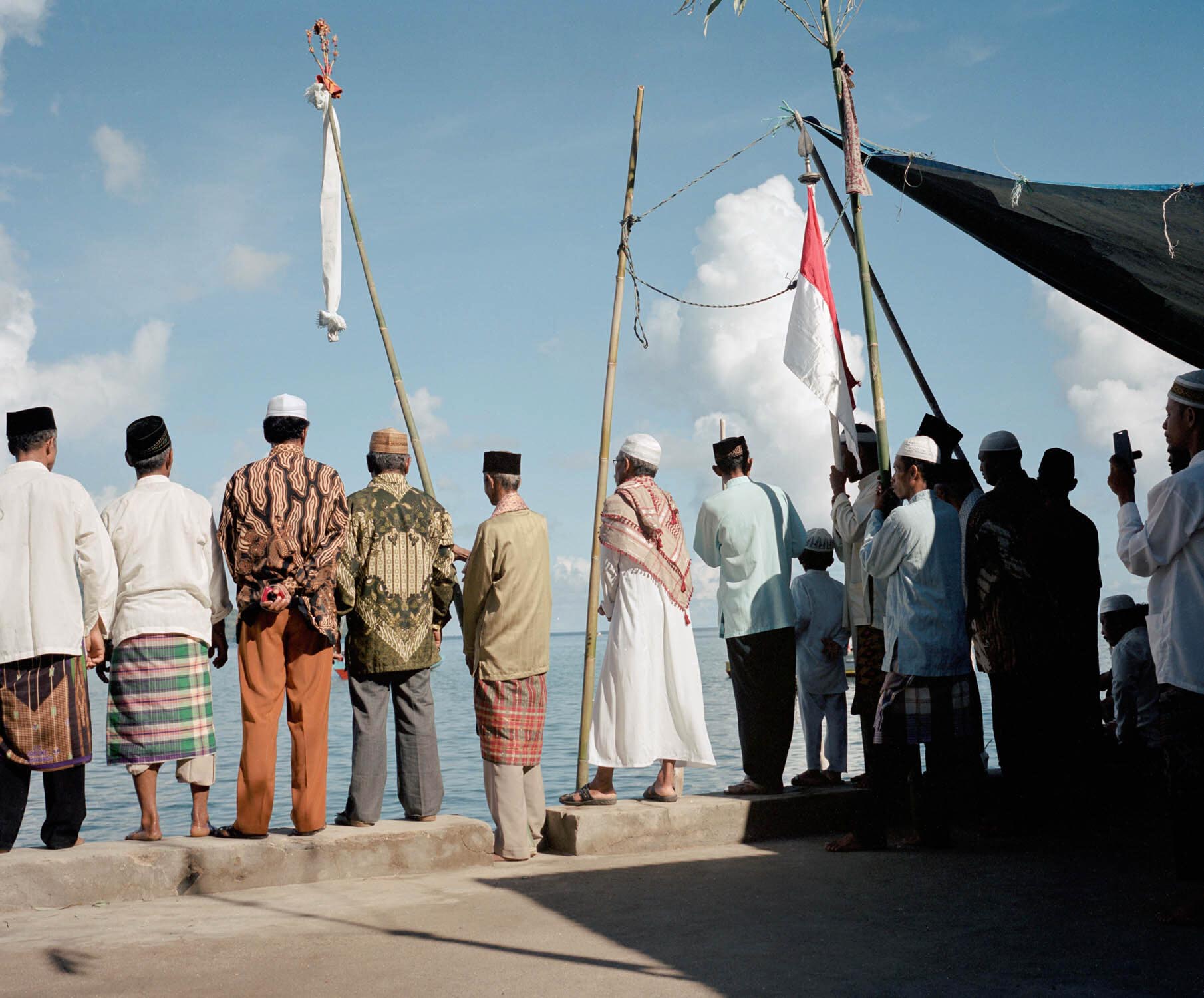 The villagers of Selamon in Banda Besar Island gather by the seafront during a traditional ceremony. The bamboo poles symbolize Dutch's execution of forty-four islands' chiefs called Orang Kaya in 1621 who their heads impaled on bamboos. This event followed by a massacre that almost wiped out the entire Banda's population. 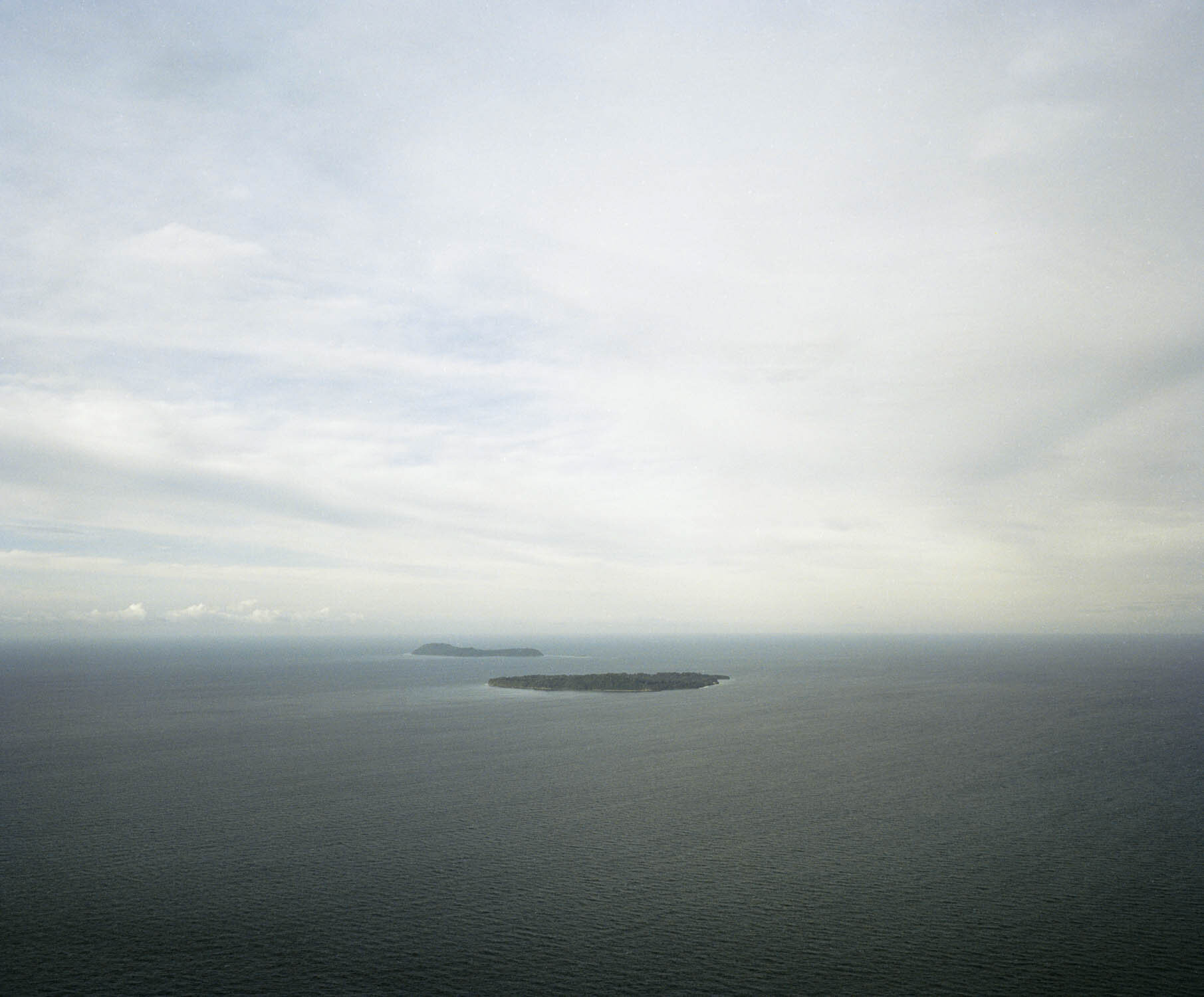 Banda consists of ten tiny volcanic islands which often too small to appear in most maps. Pictured are the islands of Ay (front) and Run (back).

Credits: Giri Prasetyo (Editor), Astri Apriyani (Screenwriter), Samuel Respati (Music Composer), Zhu Qincay (Additonal Editing), dan Pak Martin Westlake (English Translation). ENG: In 1621, thousands of Bandanese were cruelly slaughtered by the Dutch under the command of Jan Pieterszoon Coen. The reason was to monopolise the spice trade, specifically nutmeg. It was the first genocide by Europeans of the local population in the East Indies. Some islanders who survived were taken to Batavia (now Jakarta) to become slaves, the rest escaped to neighboring islands in the Moluccas, including Kei Besar. In Banda Eli, on Kei Besar, the descendants from the survivors of the massacre still live to this day. They continue to speak and sing in Turwandan, the indigenous Bandanese language which is no longer spoken at its place of origin. At the end of 2016, Fatris MF and I visited Banda Eli as part of The Banda Journal field work. We realized after several repeated visits to Banda Islands, we only had very little information about the original Bandanese. The only meaningful work we found was Timo Kaartinen’s book ‘Songs of Travel, Stories of Place: Poetics of Absence in an Eastern Indonesian Society’. The fact they are almost totally excluded and forgotten when people discuss the history of colonization of Banda Islands, and Indonesia to greater extent, just strengthened our desire to give extra miles for the project. Later, through a friend we were connected to Munawir Borut a son of Banda diaspora who lived in Ambon at that time. Munawir then connected us to his community. So when finally the season was right, we didn’t think twice. It was a long way to go from Jakarta through flights, motorbikes, and boats. But these are the people whose ancestors, with their own blood, contributed to the foundation of the modern international trade, globalised world, and also the birth of a nation called Indonesia. And we wanted to hear their story. This year, 2021, to commemorate the 400th years of the event, we would like to present this short documentary. We hope this movie is not the end, but simply a beginning for further discourse. 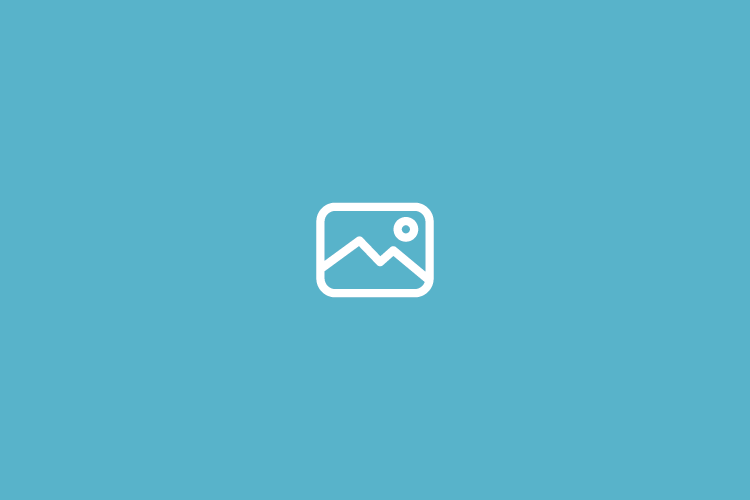